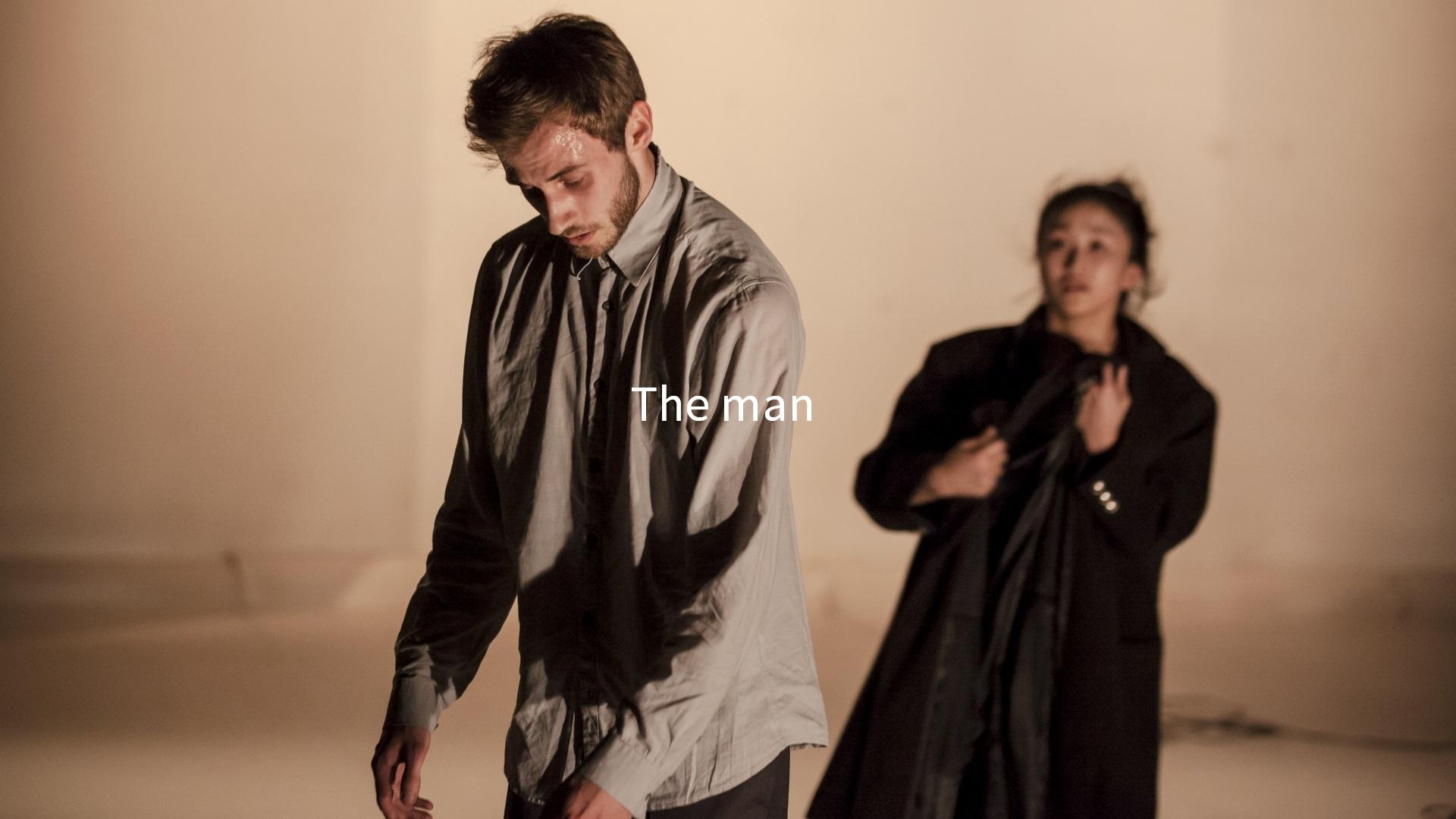 A man and a woman find themselves in a composition of images, becoming part of a story that remains to shift between reality and fiction. Surreal atmospheres arise in which the couple goes on the search for the identity of the other. The story becomes a journey through different times, showing the differences and similarities of human beings and talks about the essence of small and seemingly unimportant things in life.

This creation concentrates on a hyperrealistic aesthetic anchored in a concrete set: a room filled with a small number of everyday objects as a table, telephone, coat and cigarettes. In these, the choreographers create an unstable universe that defies the logic of time and space.

The man is the first collaboration and feature-length work of Jan Möllmer and Tsai-Wei Tien. It shows an encounter of two artistic views which find their similarities and disparities to a new form. Together they created The man in 2014 as a five minute duet which got awarded numerous awards in Germany and Asia as for example at the 3rd Beijing International Ballet and Choreography Competition, China.

After touring their short work, Möllmer and Tien decided to bring their collaboration further and developed The man into a full-evening work that got premiered in November 2015 in Bochum, Germany, and toured within Europe as well as in China and Taiwan in 2016.

In cooperation with: Renegade

Nomination for the 15th Taishin Arts Award of the Taishin Bank Foundation for Arts and Culture, Taiwan